Should you brush your teeth in the shower?

← Are you prone to cavities?
The benefits of voluntary dental benefits → 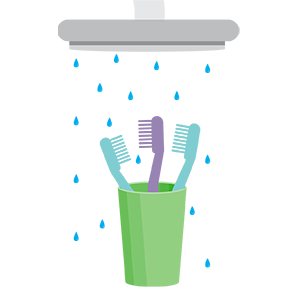 For 4 percent of Americans, the shower is the ideal place to brush their teeth. But does your brushing location affect your smile?

Shower tooth-brushers often say it’s a strategic move – maximizing that time you spend waiting for the conditioner to set in, saving water and time. Some even argue it’s less messy to get taken care of in the shower.

But there are some downsides.

Overall, the pros and cons of shower brushing are minor. What’s important is that you brush twice a day for two minutes, using fluoride toothpaste.