The state of vaping

← How to: Change electric toothbrush heads
Sjörgen’s syndrome and your oral health → 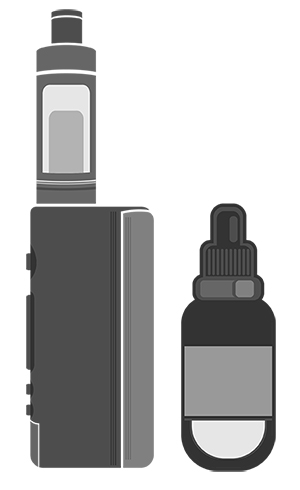 You may have recently received breaking news alerts about e-cigarettes, or vaping, being considered an epidemic in America. While vaping has been advocated as a healthier way to quit smoking, the FDA has recently put out alarm bells about its content and its effect on teenagers, which has many wondering what exactly vaping is and what is going on.

E-cigarettes are battery-operated devices that can look like a real cigarette, a pen or even a USB port. These devices have been marketed as a safe alternative to smoking a cigarette. The question is, are they really safe?

E-cigarettes have containers filled with liquid that is made of nicotine, flavoring and chemicals. Once the device is heated, the liquid turns to vapor which is inhaled. This is why using an e-cigarette is called vaping.

Almost half a million Americans die each year from cigarette smoking. Most of the harm comes from the thousands of chemicals that are burned and inhaled in the smoke.

While vaping has been marketed as a device to help some people quit smoking, studies have not shown this to be true. In fact, the American Heart Association reports that e-cigarettes should only be used as a last resort as a way to quit smoking.

E-cigarettes pods contain Nicotine, which is addictive and is not good for people with heart problems. Nicotine can also harm the developing brains of children and damage unborn babies.

Some brands also contain formaldehyde and chemicals that are used in antifreeze that are known to cause cancer. 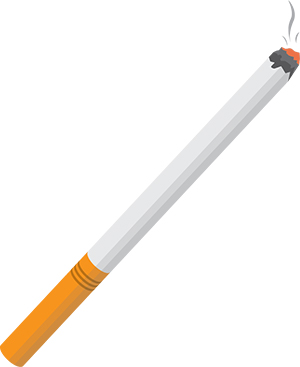 Unfortunately, vaping has become a rapidly addicting fad for teens. The flavored products – candy and fruit flavors – appeal to children and teenagers. More than 2 million middle and high school students are estimated to be regular users of e-cigarettes in 2017. One article notes, in not-yet published data, a 75% increase in that number for 2018. E-cigarettes are hooking teenagers who have never smoked on nicotine. In fact, one Juul pod used in an e-cigarette contains nicotine equal to one entire pack of cigarettes.

Once hooked on nicotine, teens have been found to switch to cigarettes. A 2016 study found that teens who never smoked but did use e-cigarettes were six times more likely to try cigarettes compared to kids who don't vape. A similar connection was noted in a 2015 study. We know that the developing brain of a teenager is vulnerable to addiction.

Other dangers have been found when using this battery-operated device. E-cigarettes have been known to overheat, catch fire or explode. This may cause serious damage to the oral cavity and surrounding tissues.

The FDA is taking action.

Liquid nicotine is especially poisonous to children, and poisonings are on the rise. The FDA has plans to require nicotine warnings and child-resistant packaging for products with e-liquids.

The popularity of vaping among teens was not something the FDA foresaw, and they are working to stop what has been called an epidemic.

Although an e-cigarette user inhales far fewer toxic chemicals than smokers of traditional cigarettes, they have higher levels of nicotine and are more addictive, especially to teenagers. While it is understandable and even commendable that people are looking for safer ways to satisfy a nicotine addiction, and even to quit smoking, it unfortunately does not appear that the promoted benefits of vaping are founded.

Dr. Mary Johnson is the Vice President of Dental Services at Delta Dental of Minnesota. She has over 30 years of dental experience, recently serving 10 years as the National Dental Director at Principal Financial Group in Des Moines, IA. She spent more than 20 years in private practice, and is a graduate of the University of Nebraska Medical Center-Dental College.